Prezi
Giuliano de' Medici (25 March 1453 – 26 April 1478) was the second son of Piero de' Medici (the Gouty) and Lucrezia Tornabuoni. As co-ruler of Florence, with his brother Lorenzo the Magnificent, he complemented his brother's image as the "patron of the arts" with his own image as the handsome, sporting, "golden boy."
He was assassinated on Sunday, 26 April 1478 in the Duomo of Florence, Santa Maria del Fiore 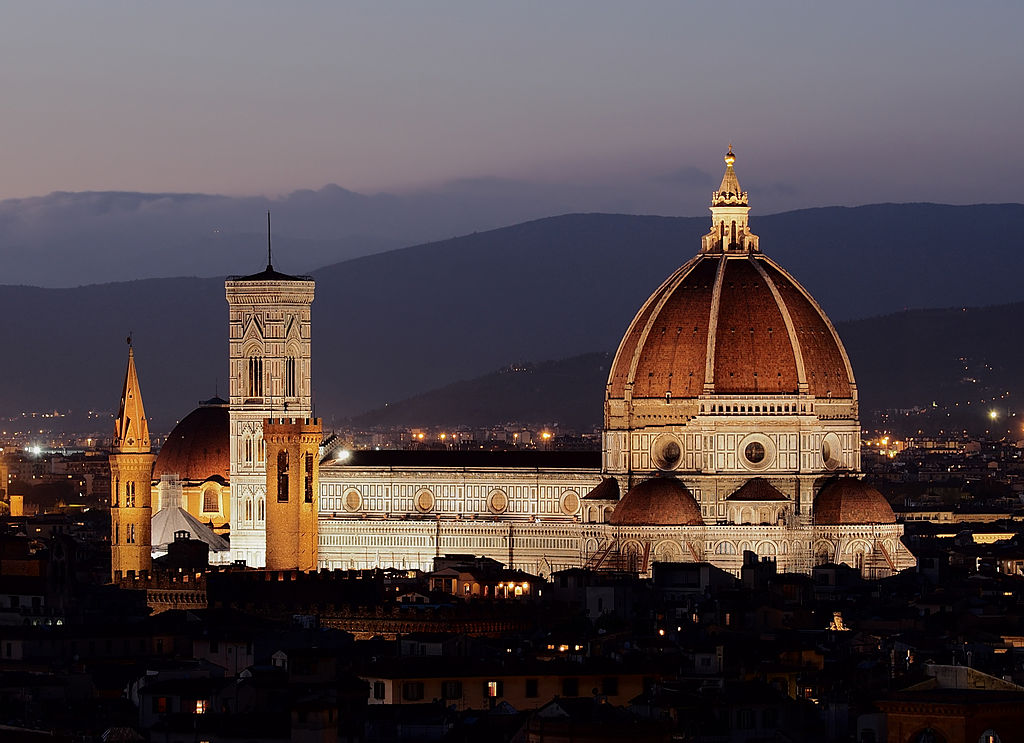 The Dome of Florence Cathedral (Italian pronunciation: [katteˈdraːle di ˈsanta maˈriːa del ˈfjoːre]; in English "Cathedral of Saint Mary of the Flowers") is the main church of Florence, Italy. Il Duomo di Firenze, as it is ordinarily called, was begun in 1296 in the Gothic style with the design of Arnolfo di Cambio and completed structurally in 1436 with the dome engineered by Filippo Brunelleschi.[1] The exterior of the basilica is faced with polychrome marble panels in various shades of green and pink bordered by white and has an elaborate 19th-century Gothic Revival façade by Emilio De Fabris. The cathedral complex, located in Piazza del Duomo, includes the Baptistery and Giotto's Campanile. These three buildings are part of the UNESCO World Heritage Site covering the historic centre of Florence and are a major attraction to tourists visiting Tuscany. The basilica is one of Italy's largest churches, and until development of new structural materials in the modern era, the dome was the largest in the world. It remains the largest brick dome ever constructed.
In 1498 an attempt was made to wipe out the Medici dynasty.
​This brazen attack may have been set into motion by the pope himself. Examine the clues below to find out who was behind it.
Begin by showing the intro video and Exhibit A.
Then disperse students to visit each of the exhibits.
Exhibit A
Exhibit B
Exhibit C
Exhibit D
Exhibit E 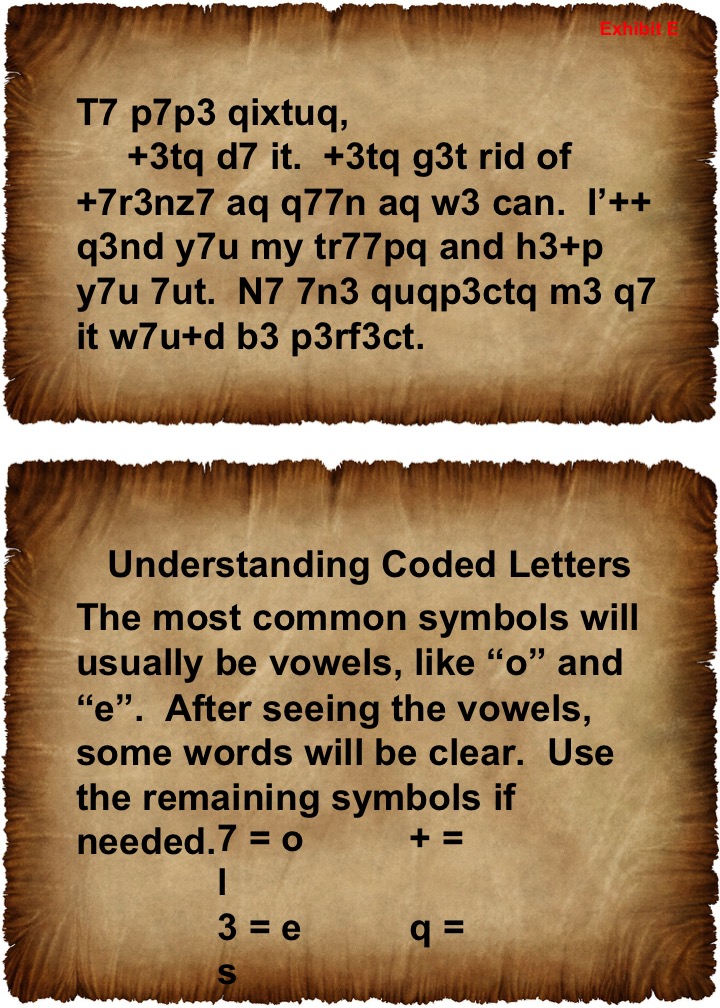 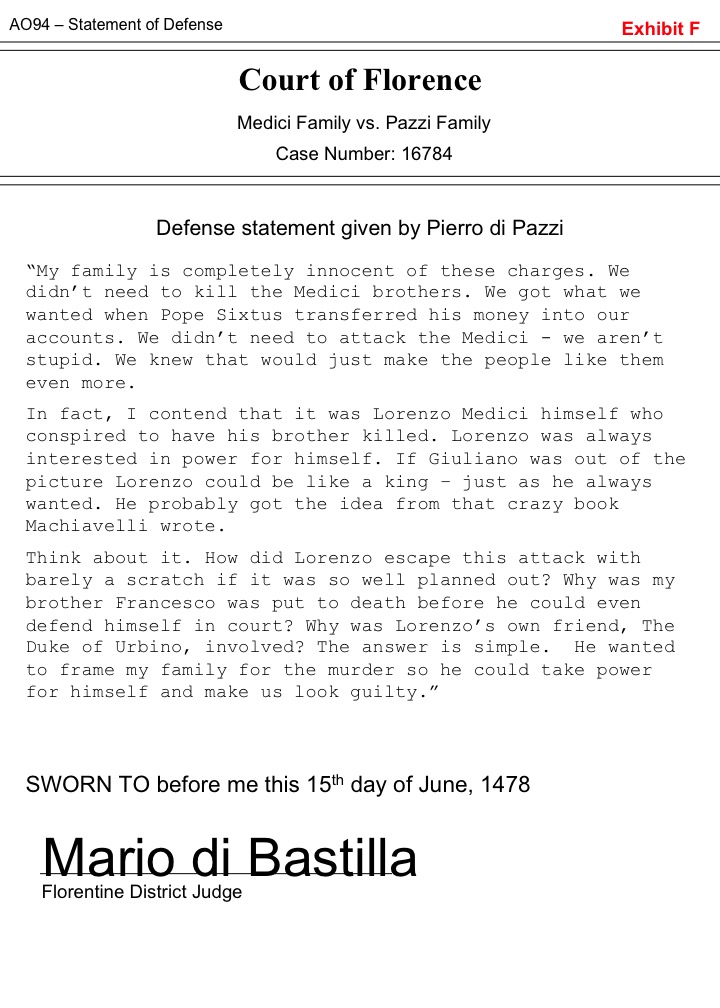